We are currently undergoing maintenance

The forums are available for use, yet please do not expect full functionality. 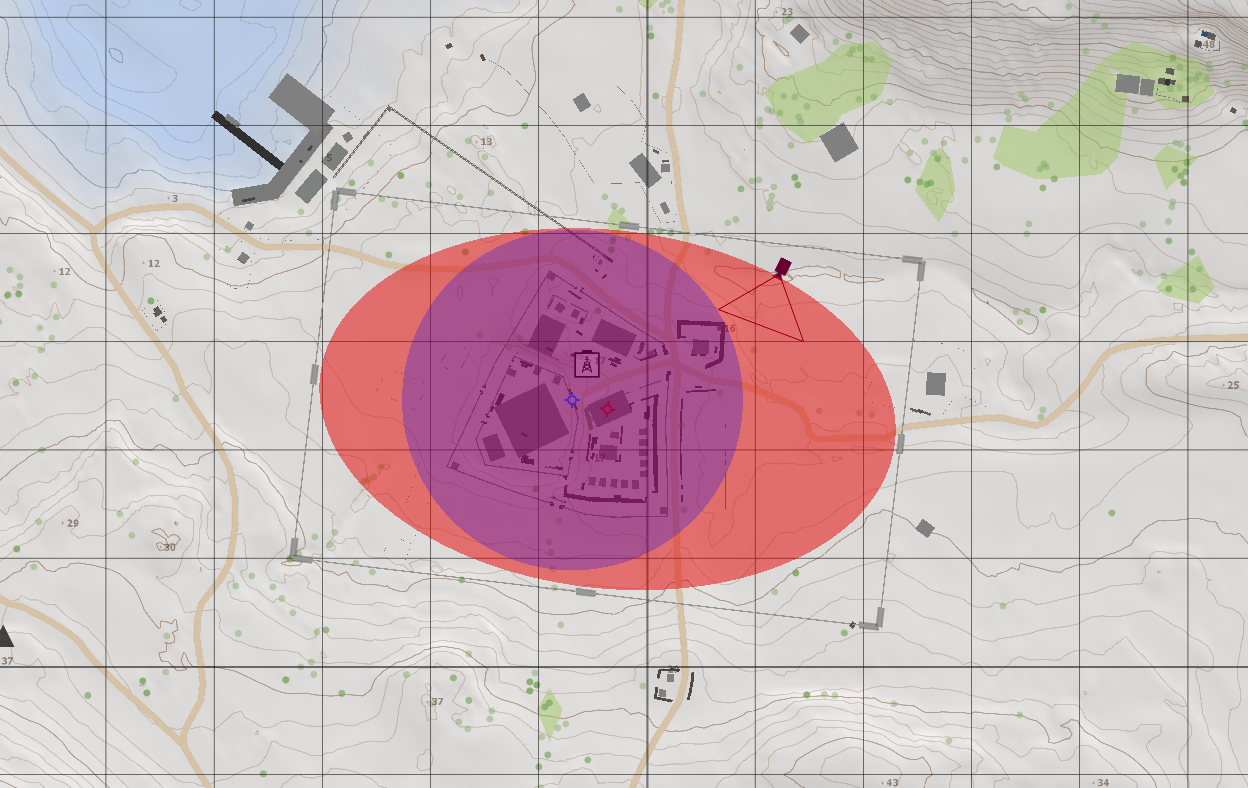 There should be a large elliptical capture zone around the capture zone to assist people defending. Defenders will have greater opportunity to kill slamming vehicles.

The elliptical zone discourages sniping by keeping the red-zone off the hills, and making the battle-space in the flat lands to the west and east. This should give space for and encourage decamp battles between MRAPS, and other vehicles.

The new elliptical zone has some exposure from the reeds to the north and south of the compound, however there is a balanced amount of reed real estate. More towards the DMT, less towards south east/west deer-stands.

- More reed coverage to the north, however this is somewhat balanced due to the presence of the DMT.
- A tiny bit harder to push

Does this suggestion change balance on the server ?

This suggestion should help improve balance in fights, and make it a bit more challenging to push.
We may see more MRAPs being pulled for fights in these zones.

3 answers to this question